Thank you for your patience while we retrieve your images.

Dive to the wreck of Delphin.
The wreck of Delphin stands upright on a sandy bottom at 27 m. The rear part is almost completely buried in sand, while the bow stands up from the sand. At the bow deck there is a gun standing at 20 m depth.
This wreck was only recently discovered by Estonian Navy mine clearing team, when sidescanning the sea floor for old sea mines from WW1 and WW2. This is apparently the wreck of Delphin lost of 14 October 1917 during operation Albion. It was a picket boat of the Imperial German Navy. It was lost on same day as Altair, also a similar picket boat and Altair wreck is located just nearby. Both ships are mentioned in the book: “Battle for the Baltic Islands, 1917: Triumph of the Imperial German Navy” by Gary Staff, 2009. 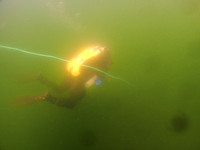 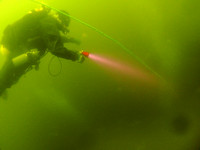 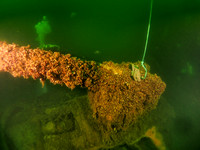 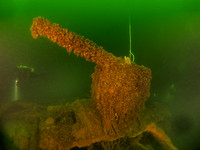 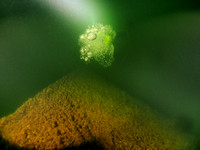 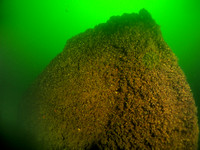 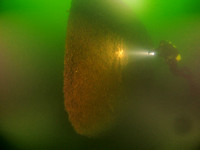 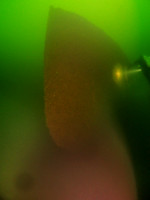 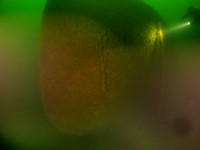 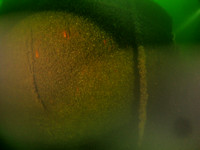 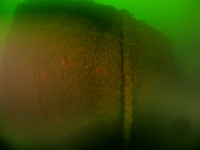 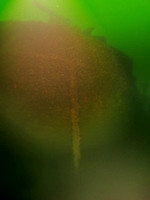 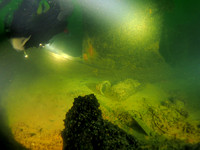 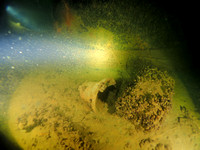 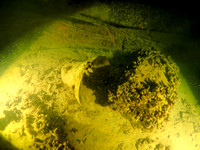 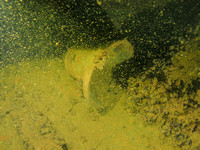 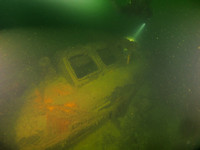 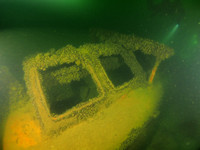 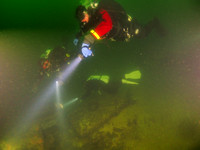 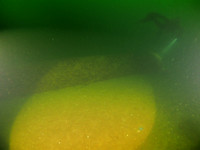